Conflicting Signals in South Africa - Foundation for a Smoke-Free World 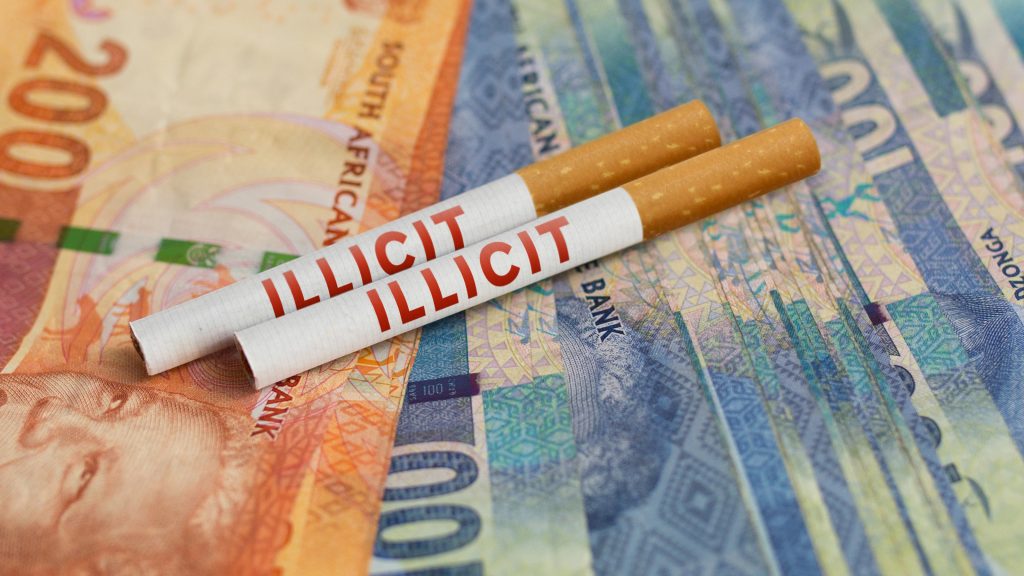 Improper government policies related to tobacco can lead to increased consumption among the poor, erosion of tax revenues, and, worryingly, a surge in criminal activity that can be difficult to control. Recent articles have exposed inherent conflicts regarding smoking in South Africa. We view the signals there as being explosive, seriously underplayed in the media, and in some cases misreported by researchers. Recall that the South African Government imposed a ban on the sale of all tobacco and vaping products between 27 March and 17 August 2020, as part of the COVID-19 lockdown.

First, in the article “COVID-19 and a temporary ban on tobacco sales in South Africa: impact on smoking cessation,” the authors report that “Nationally, between 16% to 49% of smokers reported not smoking during the ban.” The authors also disclose, “The extent of the fall in smoking is uncertain, because of methodological limitations and reliance cannot be placed on any single study.” Despite these potentially problematic conclusions, the article was picked up in the media, referring to a reported plunge in smoking during the lockdown in South Africa.

Second, British American Tobacco South Africa (BATSA) issued a press release claiming, “South Africa is sinking under a tide of illicit cigarettes,” referencing research findings from Ipsos. The  Ipsos study was commissioned by BATSA. The latest Ipsos fieldwork was carried out from 15 through 22 June 2021 and follows similar studies in March and February of this year.

Other data sources, spanning the past several years, suggest that the reality lies somewhere in between these competing claims. According to Euromonitor data through 2020, retail cigarette sales volumes in South Africa dropped sharply in light of the ban last year and were offset in part by an increase in illicit cigarette trade. Understandably, the nature of sampling and the ability to estimate sales in informal and illicit channels are prone to uncertainty. For example, Euromonitor estimates the illicit market through interviews and secondary research, including estimates made by governments, estimates based on seizures of illicit cigarettes, and estimates by companies made through other means, such as discarded or empty-pack surveys.

The Ipsos research on illicit trade in South Africa during 2021, subsequent to the ban, is troubling and contrasts with the report finding that cigarette consumption dropped significantly in the country. Ipsos field interviewers conducted a mystery shop at sampled stores in three waves between February and June 2021, posing as regular consumers to gather information for the research. Researchers were briefed to make the following requests: “I want to buy the cheapest 20 pack available” and “I want to buy the cheapest carton available.”

Our interpretation of the Ipsos study is that illicit, foreign, and non-BATSA brands dominate sales in informal sectors, with price points well below those of BATSA and official brands. The Ipsos study demonstrates that the multinational brands are the highest priced manufacturers.

Researchers at the University of Cape Town also studied the impact of the cigarette sales ban in South Africa. With regard to smokers’ responses during the ban, around 90% of survey respondents said they purchased cigarettes during the lockdown, and 46% of smokers switched from a multinational company brand to a brand produced by a local producer. Whereas 56% of smokers purchased cigarettes from formal retailers before the lockdown, this decreased to 3% after the lockdown. The price per stick increased by an average of 4.4% each day during the 13 days the survey was conducted, between 29 April and 11 May 2020. Regarding pricing, smokers who live in rural areas experienced substantially higher increases in the price during lockdown compared with smokers who live in more populated areas. Smokers who purchased cigarettes as single sticks during the lockdown experienced the largest increase in price. The authors conclude that although excise taxes on tobacco products contribute only 1% of total government revenue, it does not make economic sense to stop collecting the revenue. Finally, the authors argue that the sales ban has fed an illicit market that will be increasingly difficult to eradicate when the lockdown due to the COVID-19 crisis is over.

Euromonitor data through 2020, during which time the ban was implemented, confirm the share shift away from BATSA, primarily toward local and other brands.

In a report published subsequent to the ban, University of Cape Town authors estimated that the South Africa National Treasury had budgeted for R15 billion to be collected from tobacco excise taxes during the 2020/2021 financial year. The 20-week sales ban meant that the government lost an estimated R5.8 billion during this period.

Lower price points for cigarettes have obvious implications for attracting lower-income smokers and reducing government excise tax revenues, even as the global pandemic plays out. The South African experience illustrates the importance of taking the supply side, especially controls on illicit trade, into consideration when implementing policies. Prior to the pandemic, lessons learned through case studies indicated that the growth in illicit trade in South Africa was not explained by an increase in the excise tax, when between 2010 and 2018 illicit trade grew very rapidly yet the excise tax increased by less than 2% per year. Indeed, the illicit threats preceded the pandemic, so the lockdown and cigarette sales ban in 2020 accelerated the same forces, according to researchers. History tells us that if not effectively implemented, government policies can lead to increased consumption among the poor, erosion of taxes, and a surge in illicit criminal activity. Sustained action works with sound policies and persistence.