Growing tobacco has never lifted smallholder farmers out of poverty.

High-quality data and rigorous analysis can shape and inform effective, evidence-based policy creation and resource deployment to diversify economies and lessen country dependence on tobacco—better preparing farmers for the future while strengthening their countries’ economies.

The mission of the Foundation for a Smoke-Free World’s (FSFW) affiliate, the Agricultural Transformation Initiative (ATI), is to prepare smallholder tobacco farmers for an era of significantly reduced demand for tobacco, focusing first on populations with the greatest need. The ATI is using this opportunity to facilitate the establishment of more secure, competitive and sustainable income strategies for smallholder farmers and is partnering with a diverse set of stakeholders to ensure the success and sustainability of our strategy. The ATI’s activities target the following outcomes:

To achieve this, the ATI employs a systems approach to understanding local contexts and potential points of intervention, coupled with an investment-oriented model of action. A systems-thinking approach is well suited for tackling complex development problems because it incorporates multifactor analysis and feedback loops to foster better decision-making. Focusing on investment, meanwhile, will ensure that each dollar spent is contributing to building capacity and strengthening local and national economies in a sustainable way—contributing, that is, to a better future for smallholder farmers, their families, and their communities. 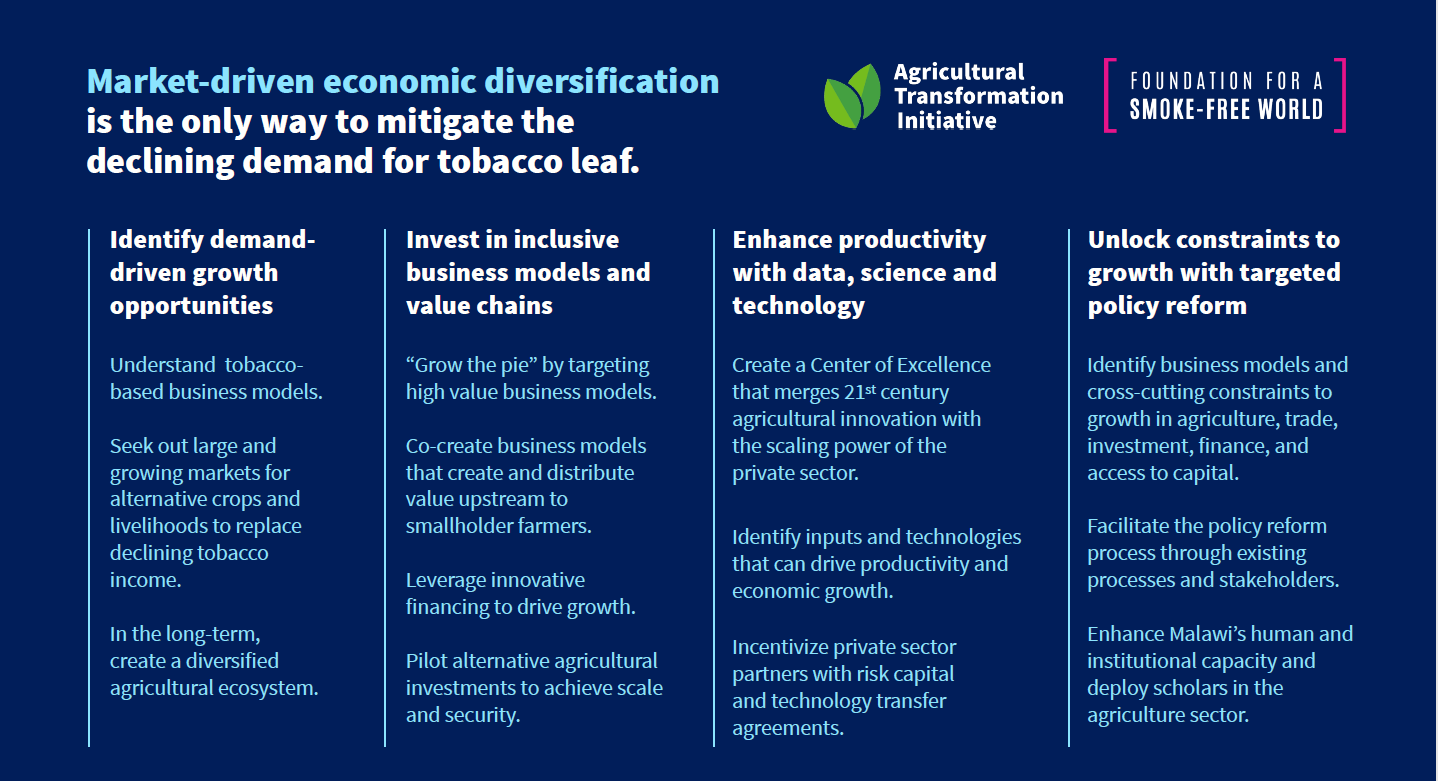 The ATI recognizes that Malawi is a country with uniquely great need. The economy is highly dependent on tobacco, and the Malawian people suffer from a disproportionate burden of poverty and food insecurity. Furthermore, current government, nonprofit, and private sector interests in the context render it a country with promising circumstances for change. As such, the initial programmatic focus of the ATI is on Malawi.

In 2019, tobacco exports accounted for 55.6% of total merchandise exports in Malawi ($584 million USD), rendering Malawi one of the most – if not the most – economically tobacco-dependent countries in the world. The current global trends in tobacco markets, health issues, and environmental concerns have exerted significant pressure on the domestic industry, prompting the government to diversify the economy and reduce overreliance on tobacco as the largest foreign exchange earner.

As such, Malawi is a country that will be particularly vulnerable to future declines in global tobacco demand. 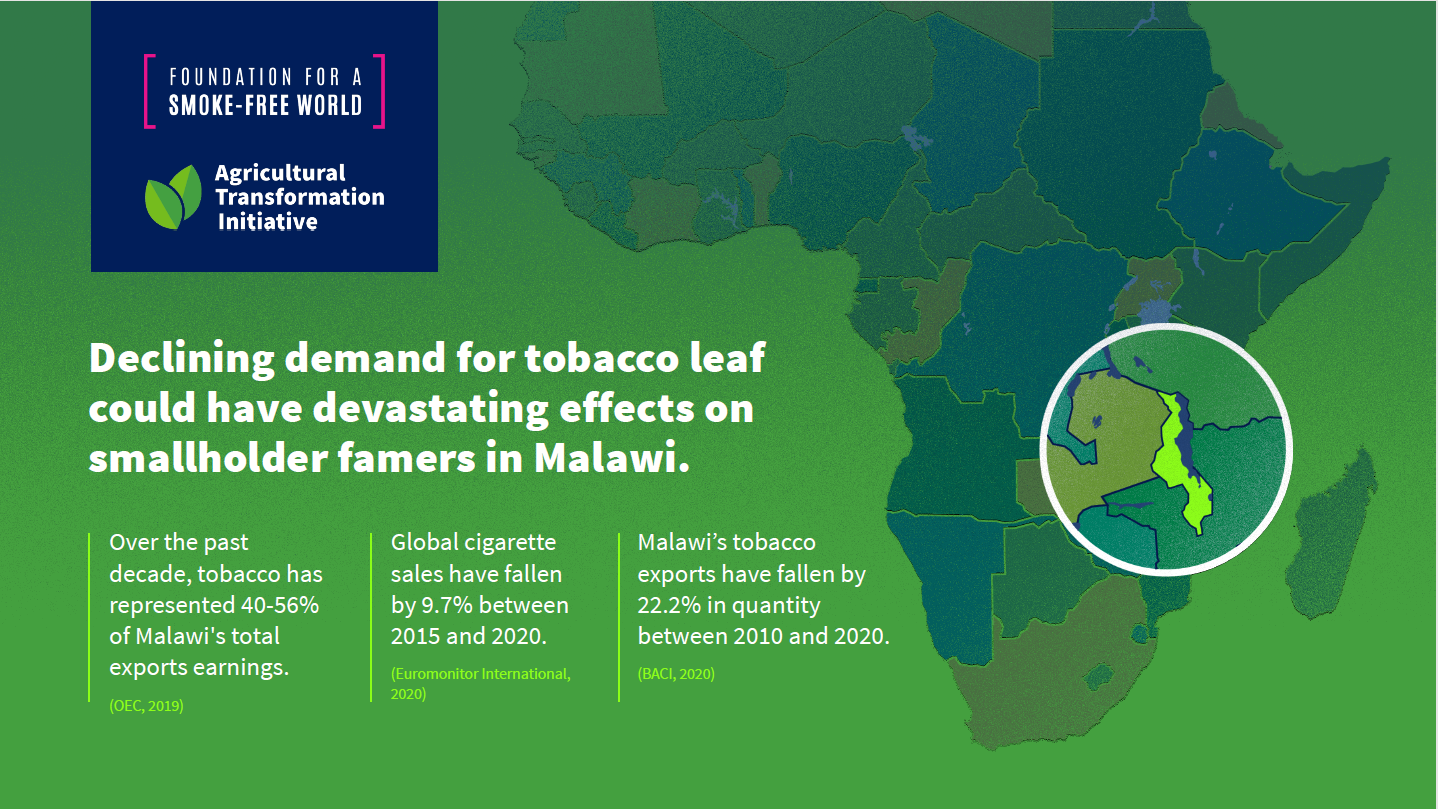