Posted by ehsan latif on Thursday, February 1st, 2018 in Governance 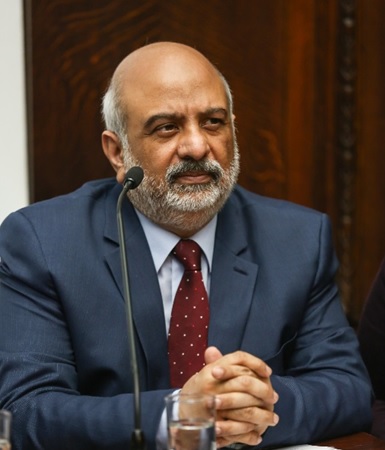 clearing up myths and misperceptions

Posted by derek yach on Thursday, February 1st, 2018 in Governance

I was quite surprised when the World Health Organization (WHO) recently issued a statement mischaracterizing the mission of the Foundation for a Smoke-Free World, and wrongly suggesting the Foundation doesn’t comply with Article 5.3 of the Framework Convention on Tobacco Control (FCTC). As someone deeply involved in the development of the FCTC as a cabinet […]

it is time to join forces

Posted by derek yach on Thursday, February 1st, 2018 in Governance

The Foundation for a Smoke-Free World was established to address a major public health crisis and the world’s number one preventable cause of death: smoking. It was founded with the intent to bring needed resources, expertise, innovative thinking and a collaborative spirt to form partnerships, initiate dialogue, conduct research and take action more rapidly to rid […]

an open letter on the foundation’s independence and governance

Posted by derek yach on Tuesday, January 9th, 2018 in Governance

why this, why now?

Posted by derek yach on Thursday, October 12th, 2017 in Governance

Each year, smoking kills 7.2 million people. That’s one person every six seconds. The dead are mothers, fathers, wives, husbands, sisters and brothers. The vast majority die from diseases like cancer and heart disease associated with inhaling chemical-laced smoke from burning tobacco. Ultimately, yes, it will be wonderful to eliminate tobacco use altogether, and it’s […]