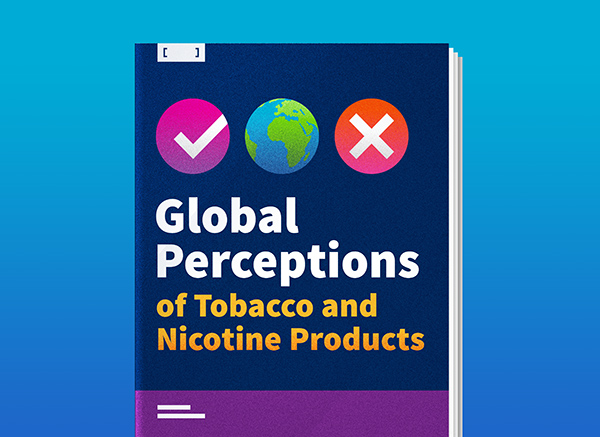 The Foundation for a Smoke-Free World commissioned a survey in seven countries including Greece, India, Japan, Norway, South Africa, the UK, and the US. The survey captured participants’ demographic data, their habits and perceptions regarding tobacco and tobacco harm reduction (THR) products, as well as their experiences around quitting tobacco products. A total sample of 54,279 adults between 18-69 years of age who were current users of any tobacco or THR product (46,220) as well as quitters who quit within the past five years (8,047) participated in the survey. This is a follow-up poll to the Foundation’s 2017 survey to stay informed of global tobacco/nicotine use habits and perceptions, which was conducted in 13 countries.

Results of the poll have been analyzed and presented at scientific meetings, submitted as manuscripts for publication in peer-reviewed journals, and have been picked up by several international media outlets.

Posters presented at the annual Society for Research on Nicotine and Tobacco meeting in New Orleans, Louisiana (2020) are available here.  The first explores (current and former) product users’ perceptions regarding nicotine, and the second looks at the data from the six countries that were surveyed in both 2017 and 2019 (Greece, India, Japan, South Africa, UK, and US) on the perceptions of relative harm of e-cigarettes compared to traditional combusted cigarettes over time.