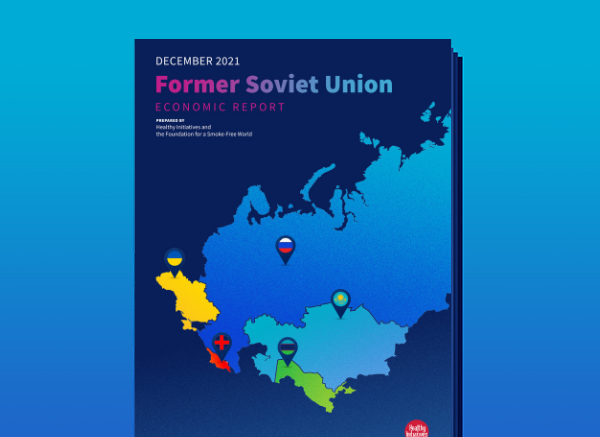 This executive summary provides an overview of the findings in reports that examine the economic landscape of the tobacco sector in five countries that were formerly part of the Soviet Union: the Russian Federation (Russia), Ukraine, Georgia, Kazakhstan and Uzbekistan. These countries have a complicated and interwoven common past. Until 1991, they were all part of the Soviet Union, united by one government, one language, one healthcare system, an interdependent economic system, and universal military conscription into a common military complex.

After 1991, the countries went through social and economic transformations. They faced similar challenges and made similar economic decisions that were based, for the most part, on their previous common culture. Russia and Kazakhstan are now considered upper middle-income countries based on their annual per capita incomes. Russia’s per capita annual income is $11,585 and Kazakhstan’s is $9,731.10.  Uzbekistan’s annual per capita income is $1,724.80, Ukraine’s is $3,659, and Georgia’s is $4,769. These three countries are considered lower middle-income countries.