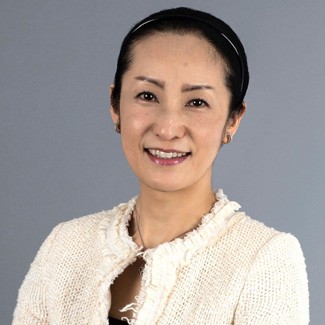 Noriko joined Otsuka Holdings as Managing Director (Business Development) and Board Member in 2008 and added planning to her responsibilities in 2011. After 2012, she held various general management positions within Otsuka Group, including President and CEO of Otsuka America, Inc. and CEO of Pharmavite LLC before returning to Japan in 2017.

Noriko started her career at Goldman Sachs in Tokyo, Japan. After earning a graduate degree, she continued in investment banking at Lehman Brothers in New York City. She subsequently held positions at a startup marketing company in Tokyo, Japan, and a finance company in Bangkok, Thailand. She joined McKinsey & Company as a consultant in 1999 and became Engagement Manager in 2002. As a venture capital investor for Intel Capital in 2004, Noriko was responsible for Intel’s technology and business development–related equity investments in Japan.

In 2002, Noriko co-translated the second edition of “Valuation–Measuring and Managing the Value of Companies,” and she has written articles for professional magazines. She was also a panelist at the 2010 APEC Women’s Entrepreneurship Summit.
Noriko graduated from the University of Tokyo with a Bachelor of Laws degree and earned an MBA from Harvard University. She passed the Japanese National Bar Examination in 1999.