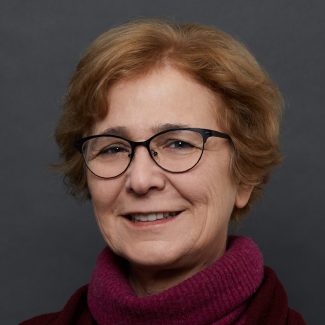 Ayda has extensive experience studying factors affecting the economics of tobacco control, including excise tax systems, illicit trade, healthcare, and privatization of tobacco industries. She worked for and with the World Health Organization (WHO) for over a decade. In 2007, Ayda joined the WHO’s Tobacco Free Initiative as its Lead Economist and Senior Economic Adviser. She then served as Coordinator for the WHO’s Tobacco Control Economics Unit. Earlier in her career, Ayda worked for the World Bank, where she joined the WB team to work on Curbing the Epidemic: Governments and the Economics of Tobacco Control (1999). Then, in collaboration with WHO, she supported FCTC negotiations by developing and disseminating economic research evidence in LMICs. At both the WHO and the World Bank, she collaborated with leading researchers to author numerous book chapters and research papers.

Over the course of her career, Ayda has worked with Ministries of Finances from over 80 countries, providing officials with technical support on excise tax implementation and administration. She has also trained dozens of international government officials and academics on the economics of tobacco control. Prior to joining the foundation, she worked as a Visiting Senior Scientist at the University of Illinois, Chicago.

Ayda holds a BA in Economics from Marmara University in Istanbul, an MA in economics from California Polytechnic University at Pomona, and a PhD in Policy Analysis and Management from Cornell University. She completed her postdoctoral research at the Office of Smoking and Health, within the Centers for Disease Control and Prevention.