"I felt like the sound of a harp:" Humphry Davy's early work on nitrous oxide - Foundation for a Smoke-Free World

“I felt like the sound of a harp:” Humphry Davy’s early work on nitrous oxide

In the early 1800s, enormous crowds would gather to watch the young Humphry Davy (1778–1829) deliver of one his famous chemical lectures at London’s Royal Institution. From his regular inhalation of questionably large volumes of laughing gas to his enormous exploding volcanoes, this young and self-appointed genius did not disappoint. He scandalized the press by opening his lectures to women, who solicitously remarked that his “eyes were made for something besides poring over crucibles.”1 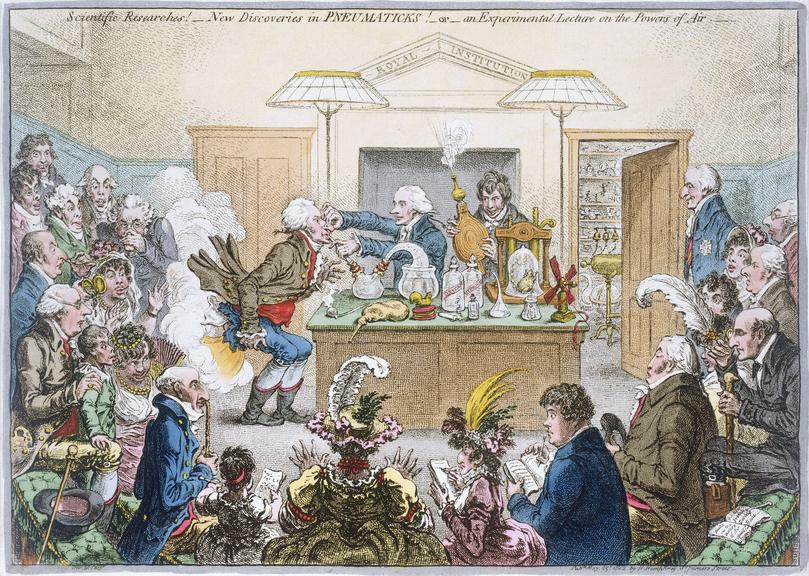 Figure 1 | “Scientific Researches!—New Discoveries in PNEUMATICKS!—or—an Experimental Lecture on the Powers of the Air.” Engraving by James Gillray, 1802. Davy is standing behind the table, gleefully brandishing his bellows during a laughing gas demonstration.

While Davy is best known for his contributions to what was then the nascent field of chemistry, his most idiosyncratic work preceded his urban fame. After befriending the son of famous Scottish engineer James Watt, the 19-year-old Davy left his apothecary apprenticeship in Penzance, Cornwall, to work as an assistant at Dr. Thomas Beddoes’ Pneumatic Institute in Bristol. A close friend of the Watts family, Beddoes believed that the inhalation of various gases could cure disease and founded his Institute in the hopes of discovering a gaseous panacea.

Humphry the assistant quickly gained a reputation for dangerous self-experimentation. His colleague John Cottle on occasion “half despaired of seeing him alive the next morning.”2 After breathing in three quarts of carbon monoxide during one near-fatal experiment, Davy optimistically remarked, “I do not think I shall die.”3 He regularly measured the circumference of his chest and the cubic capacity of his lungs. When he entered his personalized gas chamber, he did it shirtless with a thermometer under one armpit and an index finger keeping his pulse.

But nothing delighted the young Davy more than nitrous oxide, which we now know more popularly as laughing gas. Of his earliest laughing gas trials Davy wrote in his diary, “I have felt a more high degree of pleasure from breathing nitrous oxide than I ever felt from any cause whatever — a thrilling all over me most exquisitely pleasurable, I said to myself I was born to benefit the world by my great talents.”4 He began a series of trials to determine whether laughing gas had uniform effects on all its inhalers. His subjects included Beddoes’ 24-year-old wife Anna, thesaurus creator Peter Mark Roget, and poet Samuel Taylor Coleridge. When asked how they felt under laughing gas, subjects’ responses varied from “I do not know, but very queer” to “I felt like the sound of a harp.”5 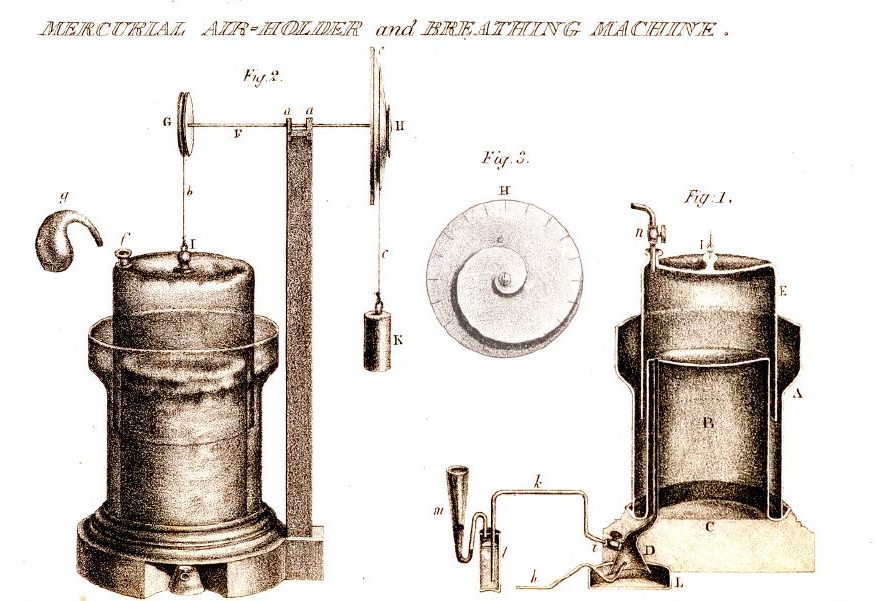 Figure 2 | The frontispiece to Davy’s Collected Works, which are freely available here.

Laughing gas gave Davy a chance to connect scientific experimentation with his passion for philosophy. He wrote, “I have often felt very great pleasure when breathing it alone, in darkness and silence, occupied only by ideal existence.”6 But Davy lived in an era when chemists were working to cut any remaining ties to the ancient art of alchemy, when science at large remained in the infancy of its professionalization.

The press and the scientific community largely condemned Davy’s experiments as the farcical ramblings of a misguided country bumpkin. He was sharply criticized for his association with radicals Thomas Beddoes and Erasmus Darwin — both self-designated ‘lunaticks,’ or members of the Lunar Society of Birmingham. He abandoned his post with Beddoes for a more promising position at the Royal Institute and became president of the Royal Society in 1820.

Doctors did not begin to use laughing gas during surgical procedures until the 1840s. Fanny Burney’s chilling 1811 account of her anesthetic-less mastectomy leaves little to the imagination. Davy and Coleridge meditated on the nature of human pain — Davy even predicted that laughing gas could be used in surgery — but his research wasn’t taken seriously for forty years. As Jan Golinski notes, “Davy’s story shows just how difficult it can be to capitalize on individual genius to reform the structure of a scientific discipline.”8 Davy was brilliant, but he was also poor, funded by political radicals, and widely characterized as an incorrigible flirt.

Scientific progress, then as now, was determined not by genius or experimentation but by the incredibly complex web of political, financial, and sociocultural factors that shapes civilization as we know it. This is just as glaring today as it was in 1796. In the middle of a global pandemic, the US administration has paid $1.6 billion for the pharmaceutical company Novavax to churn out a COVID-19 vaccine under ‘Operation Warp Speed.’ It remains unclear how a company that has never sold anything will do so now, at warp speed.

Research surrounding nicotine and tobacco is likewise mired in controversy, with some calling for harm reduction, some advocating wholesale elimination. This year, Konstantinos Farsalinos and colleagues’ April 30 study, as well as Riccardo Polosa and Grazia Caci’s May 19 paper, hypothesize that nicotine could reduce the severity of COVID-19. After a Parisian study arrived at a similar conclusion, the French government limited sales of nicotine-replacement products amid fears of a nationwide shortage.

The World Health Organization skirts these topics in its official statement. Its Q&A page equivocally states, “There is currently insufficient information to confirm any link between tobacco or nicotine in the prevention or treatment of COVID-19.” Conversely, its Scientific Brief details the low percentage of smokers among those hospitalized for COVID-19 (1.4–18.5% among “27 observational studies”). Although the link between nicotine and COVID-19 is not understood, the low number of smokers being hospitalized is curious. More research is needed, but controversy surrounding the tobacco industry may prove a hindrance.

What Humphry Davy so delightfully illustrates is that controversy, when distilled properly, can catalyze progress. Of a laughing gas experiment in 1799 he wrote, “Theories passed rapidly thro the mind, believed I may say intensely, at the same time that every thing going on in the room was perceived. I seemed to be a sublime being, newly created and superior to other mortals, I was indignant at what they said of me and stalked majestically out of the room to inform Dr Kinglake privately that nothing existed but thoughts.”7

We have a lot to learn from Humphry Davy. He reminds us what science is really made of — scientists, human beings. Science doesn’t exist in a vacuum, and it is just as influenced by society as every other institution. But it is precisely the things that make us human — imagination, creativity, curiosity, playfulness — that make science great. And, well, a little nitrous oxide goes a long way.