In Part I, I discussed failures in the implementation of the Global Strategy to Accelerate Tobacco Control 2019-2025 (GS2025). As that post indicates, there are many factors contributing to shortcomings on this front. In the current piece, I focus on one where a country, Thailand, which, in my opinion, is still facing challenges in reducing smoking rates despite putting in place policies as outlined in GS2025. 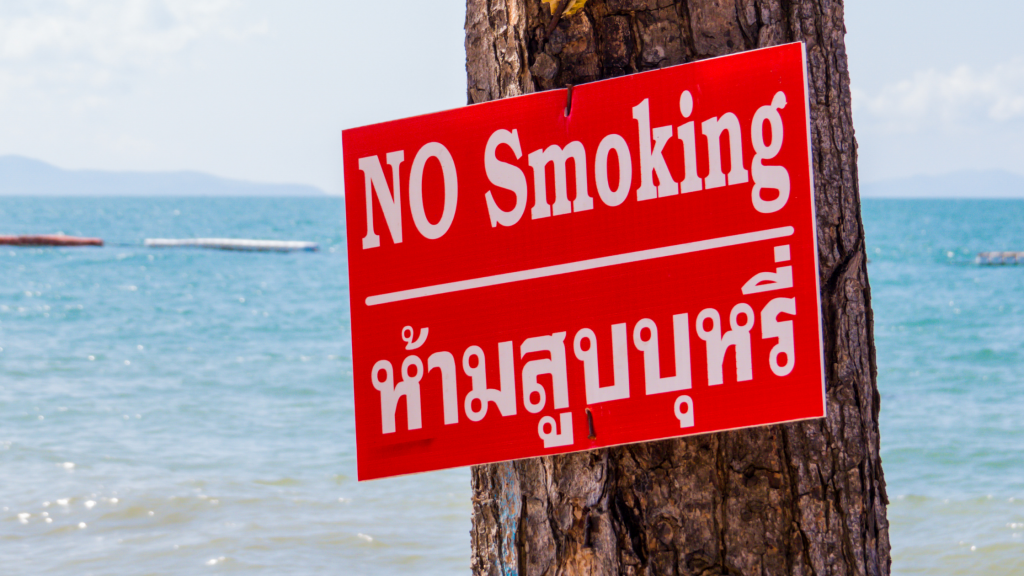 Thailand is known for high standards with respect to tobacco control. Its efforts are cited frequently as an example of good practice and have been commended by international organizations, including the WHO and the American Cancer Society. Individuals and organizations in Thailand have been recipients of multiple prestigious awards, including the World No Tobacco Day Award and the Luther L. Terry award across multiple years. And, recently, the British Medical Journal commended Thailand’s effort to avert the pressure to lift the ban on E-Cigs.

To be sure, civil society in Thailand has been at the forefront of tobacco control since the early days of the FCTC; the country also led the ASEAN region to formulate strong positions to support FCTC Articles. In addition to the MPOWER package of policies, early in-country efforts focused on ensuring sustainable funding for tobacco control and other public health challenges through the creation of ‘Thai Health Promotion Foundation (ThaiHealth). This work is supported by a two percent surcharge on tobacco excise taxes; and, according to WHO, the resources available to ThaiHealth are increasing.

The government and civil society in Thailand have also received funding from international donors. For example, in October of 2018 the South East Asia Alliance for Tobacco Control (SEATCA) received US$5,849,942 from Bill and Melinda Gates Foundation “to reduce tobacco use and contribute to the achievement of SDGs in six lower middle-income members of the Association of South East Asian Nations (ASEAN) by strengthening the implementation of the WHO Framework Convention on Tobacco Control.” Further, the country is a priority for the Bloomberg Initiative to Reduce Tobacco Use, with its Ministry of Public Health, Department of Disease Control, and SEATCA being the main recipients of grants funded. As such, the country stands on relatively good footing in terms of resources available.

Thailand’s long list of accolades and resources would lead one to believe that that country has experienced a phenomenal drop in tobacco consumption. Yet, the reduction in the number of adult tobacco smokers since 2000 is only 6.5%–representing less than 1 million people.

For the FCTC to effectively deal with tobacco burden, it must be implemented fully in letter and spirit, with provision of adequate resources. in 2011, a WHO Joint National Capacity Assessment recommended that Thailand “Provide cessation support for all tobacco users through brief cessation interventions within the primary care system.” However, evidence indicates that “only a minority of community pharmacists in Thailand are engaged in smoking cessation activities.” This is no small detail: if smokers lack access to adequate cessation support coupled with the availability of safer nicotine delivery systems, their chances at successfully quitting will be minimal.

Further impeding Thailand’s tobacco control efforts is the fact country’s tobacco production is concentrated in a single, state-owned entity. Known as the Tobacco Authority of Thailand (previously, Thailand Tobacco Monopoly), this company is 100% government-owned, though it is allowed to create private subsidiaries within which private companies can invest. Currently, the Thai government receives US$2Billion in Taxes, 2% of which is passed on to ThaiHealth. In short, any loss of tobacco revenues automatically leads to fewer resources for ThaiHealth; correspondingly, an increase in tobacco taxes keeps the revenues for ThaiHealth increasing.

Thailand’s situation highlights contradictions inherent to FCTC Article 5.3—a point that Daniel Malan underscored in a recent report. Describing the circular logic of this article, he writes:

Here, it is important to emphasize that the intention of this article is not to pass a value judgment on Thailand. And indeed, the above challenges are hardly unique to that country. Rather, this case study is intended to highlight the complexities of addressing tobacco use in a country with a state-owned tobacco monopoly and inherent conflicts of interest.

The tobacco control community including WHO, FCTC Secretariat, funders, and other stakeholders, should seriously consider enhancing support for cessation efforts and to incorporate harm reduction through availability of safer nicotine products to decrease the overall smoking rates.