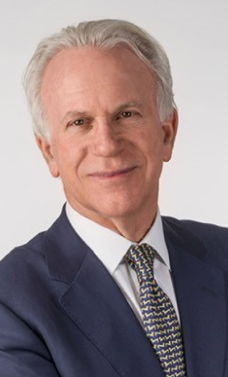 James K. Glassman served as US Under Secretary of State for Public Diplomacy and Public Affairs during the George W. Bush administration, leading the government-wide global strategic communications effort. He was also Chairman of the US Broadcasting Board of Governors, which oversees Voice of America and other government-sponsored TV, radio, and Internet broadcasting. He was confirmed unanimously by the US Senate for both positions and holds the lifetime rank of Ambassador.

From 2009 to 2013, he served as the Founding Executive Director of the George W. Bush Institute, the policy arm of the Bush Presidential Center in Dallas. At the Institute, Ambassador Glassman launched Pink Ribbon Red Ribbon, a program to fight cervical cancer in Africa. He has been involved in global efforts to end HIV/AIDS for the past 20 years.

He was a Fellow at the American Enterprise Institute from 1996 to 2016, specializing in economic and technology policy, and recently ended a three-year term as a member of the Investor Advisory Committee of the US Securities and Exchange Commission.

Ambassador Glassman is currently Chairman and CEO of Glassman Enterprises, LLC, a strategy advisory firm whose past and current clients include several Fortune 100 companies, mainly in the field of health care, as well as nonprofit organizations. Previously, he was an advisor to Intel, AT&T, and Sprint.

In September 2020, he was named Chairman of the International Commission to Reignite the Fight to End Smoking, which will produce a report in the fall of 2021 on reinvigorating the cessation effort.

Ambassador Glassman has had a long career in media. He was the host of three weekly public-affairs programs, Editor-in-Chief and co-owner of Roll Call, the congressional newspaper, and publisher of The Atlantic and The New Republic. For 11 years, he was an investment and op-ed columnist for The Washington Post.

Over the past 15 years, he has written more than 2,000 articles—on economics, finance, technology, and foreign policy—for such publications as The New York Times, The Wall Street Journal, Forbes, and the Los Angeles Times. He is the author of three books on investing and has spoken at such forums as the National Press Club, the Detroit Economic Club, and Chatham House (London).

Ambassador Glassman is a member of the board of trustees of the Shakespeare Theatre Company; a director of the Making Every Vote Count Foundation, an organization that educates Americans on the importance of the popular vote for president; and a member of the advisory board of the Infrastructure Bank for America.

Ambassador Glassman is a graduate of Harvard University, where he was Managing Editor of the university daily, The Harvard Crimson. 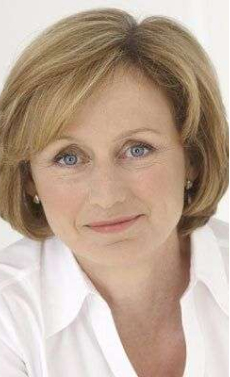 Dr. Leonard qualified in medicine from Cambridge University with Double First-Class Honours. She has over three decades of clinical medical experience and has been a GP Partner for 25 years. She is a highly respected contributor in the national media on medical issues. Dr. Leonard has also been a non-executive director of the Health Protection Agency and a member of the Government Committee on the Safety of Medicines. Most recently she served with Professor Sir Bruce Keogh on the UK government’s review of safety in cosmetic interventions. She has a special interest in women’s health including contraception, menstrual problems, infertility, menopause, and postmenopause. She was awarded an MBE for services to healthcare in 2004. 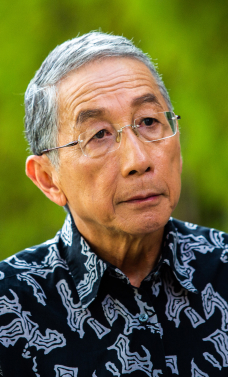 Professor Tikki Pangestu is the former Director of Research Policy and Cooperation, World Health Organization (WHO), Geneva. Prior to joining the WHO, he was Professor of Biomedical Sciences and Lecturer/Associate Professor at the Department of Microbiology, Faculty of Medicine, University of Malaya. He was also Co-Director of the WHO Collaborating Centre for Dengue and Dengue Hemorrhagic Fever at the University of Malaya, Kuala Lumpur, Malaysia.

Professor Pangestu holds a PhD in Immunology and Microbiology from the Australian National University, Canberra, and is a Fellow of the Royal College of Pathologists (UK), Institute of Biology (UK), American Academy of Microbiology (US), Academy of Medicine of Malaysia, and Academy of Sciences for the Developing World (Italy).

In addition to publishing more than 250 scientific articles and 12 books, he was lead author on several major WHO reports, including the World Health Report 2013: Research for Universal Health Coverage (2013), World Report on Knowledge for Better Health: Strengthening Health Systems (2004), and Genomics and World Health (2002). He is currently Chair of the Board of Directors, Asia Pacific Leaders Malaria Alliance (APLMA) and Co-Chair of the Asia Pacific Immunization Coalition (APIC).

Professor Pang has a recognizable profile as a public health expert both nationally and internationally. His research interests are the epidemiology, pathogenesis, laboratory diagnosis, and prevention of infectious diseases; biosecurity and dual-use research; genomics and health; health research systems and policy; global health governance; enhancement of research capabilities in developing countries; linkages between research and policy; vaccine confidence; and harm-reduction approaches to mitigating health problems. He has more than 30 years of teaching experience at the undergraduate and postgraduate levels in the fields of medical microbiology, immunology, global health policy and issues, and evidence-informed policy development. 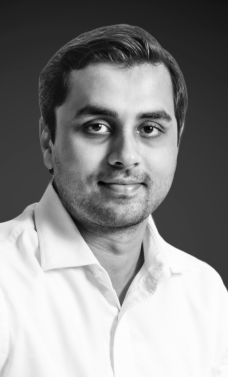 He is a Visiting Fellow at the Observer Research Foundation (ORF) and Secretary of the Esya Centre, a technology and innovation focused think tank. Mr. Sharan is also an advisor to the Science, Indigenous Technology, and Advanced Research Accelerator (SITARA) in India.

Previously, as the CEO of ORF’s Global Governance Initiative, he worked closely with the Indian Government on various aspects of policy planning and geostrategy. He also helped set up and run the Asian Forum on Global Governance, a policy school for young professional leaders from around the world. Mr. Sharan has also served as the business head of a sustainability company.

Mr. Sharan is on the board of a medical research company and a boutique hospitality venture. He is also on the board of Pucca, a philanthropic platform for the creation of lifeline rural infrastructure in India. 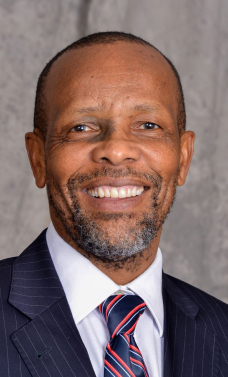 Dr. Letlape is the former Executive Director of the Tshepang Trust (2002 to 2013), a not-for-profit organization that pioneered the provision of treatment for HIV/AIDS patients in partnership with state hospitals, an initiative he initiated through the SAMA at the request of the late President Nelson Mandela with a bequest from the Nelson Mandela Foundation and funding from the Presidential Emergency Programme for AIDS Relief through the Centre for Disease Control and Prevention.

Dr. Letlape is a health care activist who believes that everyone in South Africa has a right to and deserves to receive equal health care, and that many of today’s illnesses can be prevented. To that end he co-founded the Africa Harm Reduction Alliance, which focuses on creating awareness about the need to reduce harm and promote well-being.