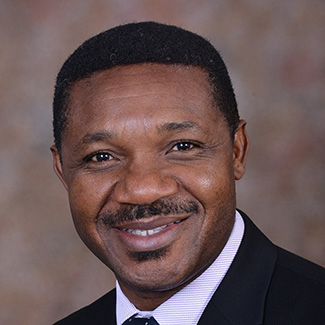 Prof. Opara is a chartered Agricultural Engineer and Certified Food Scientist. During the past 34 years, he has held senior positions in academia and private sector in Africa, Middle East and Australasia, and has developed and implemented in-country training programs on improved postharvest management techniques and procedure across the world. In 2009, he established the South African Chair in Postharvest Technology at Stellenbosch University as an inter-disciplinary and multi-disciplinary international research entity for innovation and human capacity development, linking production to markets. Opara has also nurtured partnerships on human capacity development with agricultural research organizations and universities in Africa and other parts of the world, and has trained agricultural research and policy staff in countries across the continent.

During the past decade, Opara trained and mentored over 70 postgraduate students from 13 African countries. In this time, he also initiated and led a new research program to support the emerging pomegranate fruit sector in South Africa, which has contributed over $20 million in direct and indirect benefits to the South African economy. He has been recognized as the leading global researcher on postharvest technology for pomegranates.

Opara has published over 250 peer-reviewed articles and book chapters, primarily in the area of agricultural engineering technologies and food science. In 2019 and 2021, respectively, he was recognized and honored in the Web of Science Highly Cited Researchers List – which recognizes “the true pioneers in their fields over the last decade, demonstrated by the production of multiple highly-cited papers that rank in the top 1% by citations for field and year in the Web of Science™”. Opara is also the recipient of the Impact Research and Science in Africa (IMPRESSA) Award – granted by the Regional Universities’ Forum for Capacity Building in Agriculture in Africa, which “recognizes outstanding researchers and scientists who have made significant contribution in the field of agricultural research and science for development in Africa, including human and institutional development”. Finally, he has been honored with the prestigious African Union Kwame Nkrumah Continental Award for excellence in Life and Earth Sciences and Innovation – Africa’s highest scientific recognition, “given to outstanding African scientists for their scientific achievements and valuable discoveries and findings”.

Professor Opara was a founding member of the Management Committee of the Centre for Postharvest & Refrigeration Research at Massey University in Palmerston North, New Zealand. There, he was a Senior Lecturer in Postharvest Engineering and also served as the foundation Program Director of Engineering Technologies where he led the transition of research programs in engineering technologies of former Wellington Polytechnic after its merger with Massey University.

Opara was also the Director of the Agricultural Experiment Station (AES), Assistant Dean for Postgraduate Studies and Research, and an Associate Professor of Agricultural Engineering at Sultan Qaboos University. In this capacity, he established a new academic program and research laboratory on postharvest technology, and transformed the AES into a national centre that provides extension services and develops value-added food products for the local market.

Additionally, Opara was a Visiting expert in Postharvest Technology at the Food and Agriculture Organization (FAO) of the United Nations. In this role, he has provided advised policy surrounding food security, agricultural mechanization and reduction of postharvest food losses. Prof Opara was member of the team of experts who drafted the medium-term agricultural development of Timor-Leste, and a leading co-author of the Agricultural Mechanization Component of the 1989-2004 Agricultural Development Plan of Nigeria. While at the FAO, he published a highly cited article on “Food Traceability from Field to Plate,” in response to global crises due to food-borne illnesses and related deaths in the later 1990s.

His current interests include thought leadership and building Africa’s research and innovation capacity (human, institutions and infrastructure) towards Agenda 2063 – The Africa We Want.