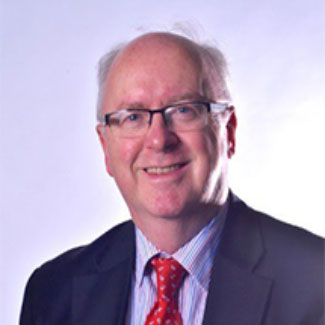 Professor and Director: Center for African Research on Enterprise and Economic Development (CAREED), University of the West of Scotland

Prof John Struthers is an experienced academic and economist with over 40 years’ experience working in a variety of universities in the UK, Africa and elsewhere. He has previously worked in Nigeria and Sierra Leone and carried out research on Ghana, Ethiopia and Rwanda. Prof Struthers’ research on Africa has covered such areas as: the effects of oil boom on non-oil sectors such as agriculture; inflation; the impact of commodity price volatility especially for commodities such as coffee and cocoa; and, more recently, female entrepreneurship, and rural entrepreneurship in Africa. He has extensive publications in a range of economics journals, principally in the field of development economics, especially on “soft” commodities such as coffee and cocoa.

He has previously been a Director of a leading Scottish Chamber of Commerce as well as a local Enterprise Trust. He was also a member of Waterwatch Scotland, a water industry consumer body. Prof Struthers is a current member of the Westminster Africa Business Group in London. In academia he has been Dean of a Business Faculty at the University of West Scotland (UWS), Head of the Department of Economics and Enterprise, and founding Head of UWS’ Graduate School. In November 2015, he set up CAREED at UWS, a unique research centre that focuses on a range of key economic issues across the continent of Africa.

Prof. Struthers’ recent research has been funded by the British Academy and Innovate UK/Foreign and Commonwealth Development Office.He has recently led a 2 year Innovate UK funded project on: Cost Effective Aquaponics Solutions for Developing Farmers in Rwanda (2019-2022;) and is about to lead an Innovate UK project based on a Knowledge Training Partnership (KTP) within the mango sector in Kenya (2022-2024).He has supervised 30 plus PhD students to completion, many of whom came from a variety of African countries, and has been external examiner for more than 40 doctoral students at a number of UK universities as well as overseas.He was previously a  Visiting Professor of Economics at the University of Glasgow within the Adam Smith Business School.

In 2015 he was appointed Honorary Consul for Ethiopia in Scotland and in August 2018 he became the Chancellor of Mount Kenya University, one of the largest private universities in East Africa.